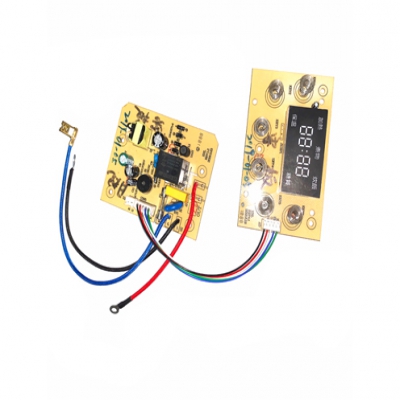 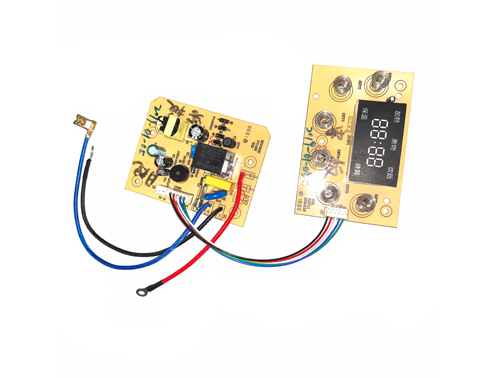 There are two layers inside and outside or three layers inside, middle and outside. The inner pot is used to contain the food to be cooked. It is often made of aluminum alloy and enamel or stainless steel. The inner surface is coated with PTFE to prevent the food from sticking to the pot; the outer pot is used for safety protection and heat preservation, and is generally used It is made of thin steel plate, and the surface is painted or painted. There can be an air interlayer between the inner and outer layers of the pot body, or it can be filled with insulating materials. The three-layer pot body is a middle pot body added between the inner and outer pot bodies to form a steamer and have a double insulation function.

It is usually a metal tube type, mostly cast in an aluminum heating plate, and the heat emitted by the heating plate evenly heats the bottom of the inner pot. Generally, an electric rice cooker only has a bottom heating element. In order to obtain a better cooking effect, some high-end products are equipped with 2 to 4 electric heating elements, which are respectively used as the top cover heater and the side heater. The power can be divided into multiple levels.

The temperature control device often used on ordinary rice cookers generally consists of two parts: a temperature limiter and a thermostat. The former ensures that the pot temperature will not exceed a certain value (usually 103±2℃), and is installed in the cavity in the center of the heating plate; the latter ensures that the food in the pot is stable at 60～80℃ after being cooked and is installed under the heating plate Or other suitable locations. After the 1980s, timers have been used more and more on rice cookers, mainly clockwork mechanical timers.

The working principle of the rice cooker is shown in the figure. Place the inner pot containing the food on the heating plate, so that the bottom of the inner pot is attached to the temperature-limiting and medium-temperature-sensitive soft magnet in the center of the heating plate. Press the key switch, the permanent magnet under the soft magnet rises to contact with the soft magnet; at this time, the pot has not heated up, and the soft magnet is below the Curie temperature, showing good ferromagnetism, and can be magnetized by the permanent magnet and held at high Point location. The soft magnet at the high point drives the internal lever to move the upper and lower contacts of the circuit. The electric heating element is energized to generate heat, and the food in the pot is heated. When the bottom temperature of the inner pot reaches 103±2℃ (this is the Curie temperature of the soft magnet), the soft magnet immediately senses it and loses its magnetism. Under the combined action of gravity and the internal spring, it falls from the high point and drives the lever. The mechanism makes the upper and lower contacts of the circuit separate, the circuit is disconnected, and the heating element no longer generates heat, achieving the purpose of limiting temperature. But at this time, the heating plate is still in a high heat state, and its heat capacity is large, and the food in the pot can be heated for a period of time until the food is cooked. In order to keep the food at an appropriate temperature, some rice cookers are also equipped with a low-power heating circuit, and a bimetallic thermostat is used to control its working temperature.