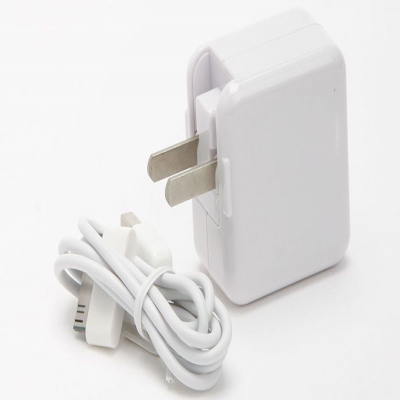 In recent years, electronic products in our country and around the world have continuously entered our vision after the spring rain. The most intuitive ones are mobile phones, MP3, MP4, netbooks, digi

In recent years, electronic products in our country and around the world have continuously entered our vision after the spring rain. The most intuitive ones are mobile phones, MP3, MP4, netbooks, digital cameras, electric cars and other electronic products. The emergence of these high-tech products has greatly promoted economic development and improved our quality of life. However, at the same time, many accidents have also been caused. For example, we often hear mobile phones exploding, batteries are pregnant, batteries are hot, etc. These problems are caused by substandard batteries produced by battery manufacturers on the one hand, and users have not Carry out reasonable protection and normal charge and discharge. In order to avoid a similar tragedy from happening again, we can manpower from the charger. Therefore, this article proposes an intelligent and highly concentrated multifunctional charger.

1. The analysis principle of common batteries

We take the most common lithium polymer battery to illustrate, of course, this principle is applicable to some other batteries. Our daily use of mobile phone batteries, digital camera batteries, MP3, MP4, etc. all use lithium polymer batteries. Lithium batteries used in daily life are basically single-cell, while those used in industrial or demanding laboratories are basically It is a multi-cell lithium battery. The so-called multi-cell battery is to process batteries with the same capacity, uniform internal resistance, and uniform discharge capacity in series, parallel or series-parallel. The main purpose of the series connection is to increase the battery voltage.

We can clearly see that the higher the voltage used by electrical appliances, the smaller the current flowing in the electrical appliances. Generally, the voltage of a single lithium battery is 3.7V. If 6 groups of battery cells are connected in series, the current through the consumer will be 6 times smaller when used on the same consumer. We can know that the loss of the line will be reduced by 36 times. The current when it is not used in series is 5A, and the loss on the line will be 25 R; and after the series, the current is (5/6)A. The loss on the line is (25/36) R, from this we can know that the purpose of this will be able to reduce the huge loss of capacity. Discharging with a small current can prolong the service life of the battery, because the activation factor inside the battery decreases when the battery is charged and discharged, especially when working with a large current, and the chemical reaction inside the battery increases the internal resistance of the battery. The parameters of the battery are generally 6000mah 25C where 6000mah means that the battery can be continuously discharged with a current of 6A for 1 hour. If a current of 12A is used for discharge, it can be discharged for 30 minutes. The same can be calculated, that is to say, the smaller the discharge current is, the longer the discharge time. The 25C here represents that the maximum discharge current of this battery is 6000*25/1000=150A. 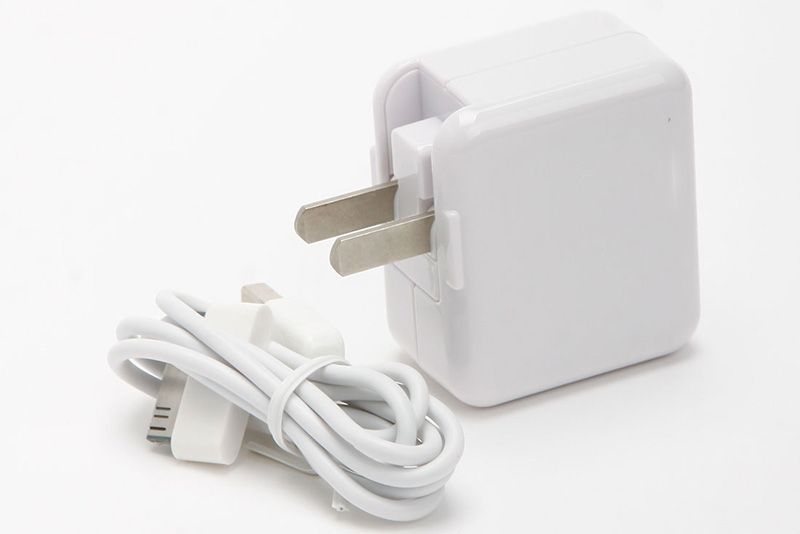 In summary, we know that in many cases we use batteries in series or in parallel. The design of the smart charger appears logically, because multiple batteries need to be centrally managed during charging and discharging to ensure the maximum battery life. At present, the chargers we use are basically series-connected direct charging, that is, only the total voltage is monitored during charging. If the monitored voltage of the rechargeable battery reaches the standard voltage, the battery will stop charging. In such a developed industrial society, most of the products are produced on production lines, so there will be a phenomenon that the internal resistance of each cell is inconsistent.

When the battery is used for discharging, the chemical reaction inside the battery cell is basically the same, but the severity of the reaction may be different. Let's take the example of 6 groups of cells in series, namely 6s battery. Because the batteries are connected in series, the current through each cell is the same during use. According to Ohm's law, we can know. But because the internal resistance of each cell is different, the energy stone consumed by the internal resistance of the battery is different, and the voltage of each cell is different after the discharge is over. It is possible that the voltage of some batteries is 3.7, 3.8, 3.6, etc. If this happens, this phenomenon will occur when using this series charger. When the total voltage is 25.2V, some batteries may be overcharged. Some batteries are in an unsaturated state. For overcharged cores, it will seriously shorten the life of the battery. For batteries that are not saturated: it will absorb the electrical energy of other batteries during use, which is not conducive to the use of the battery.

The design of traditional chargers can no longer meet the needs of users, and overcharged batteries may cause the battery to explode. In order to enjoy the fun of technology more safely and comfortably, this smart charger is specially researched. The charging method used by this charger is no longer a serial charging method but a parallel method, and an independent balancing process is added while designing. The principle of the smart charger is as follows: The main control chip we use is ATM EG A 128 type AVR microcontroller. This microcontroller has 8 channels of 10-bit high-speed AD conversion ports, which can quickly collect and convert into digital signals, which is reliable High sex and strong confidentiality. The charger is mainly designed with a voltage loop circuit. The voltage loop circuit mainly detects whether the voltage of the battery cell is equal to the standard set voltage. If it is the same as the set voltage, a linear small current is used to slowly pour into the battery. It can save more high-quality electric energy; the other is the current loop circuit, which also needs to be O. The 05 ohm resistor is amplified by the operational amplifier and then sent to AD conversion. Finally, the 32K hz pulse width can be controlled to control the current. If the monitored current is 50mA, the circuit can be automatically disconnected and the buzzer can be started. The alarm reminds the user that the battery is fully charged. At the same time, the charger also has 6 AD conversion ports, which can be used to monitor the voltage of the 6 cells in real time. During the charging process, if the internal resistance of some cells is small, it will show up. The voltage is now higher than the voltage of other batteries. In the same situation, the battery with large internal resistance will charge faster than other batteries. This is the concept of parallel charging, that is, the charging conditions of each battery are synchronized, but the charging between each battery will not Interfere with each other. That is to say, if the first battery cell reaches 4.2V, the charging circuit of the battery cell will be automatically disconnected, and the battery cell that does not reach 4.2V will continue to be charged, so that it can maximize Ability to protect batteries. According to the analysis of major data, the internal activation factor of lithium batteries is the lowest in a low temperature environment between 3.8 and 3.9V, which means that if the user does not use the battery for a long time, it is best to be able to For this reason, the voltage is within this interval and guaranteed under a low temperature environment. The charger can directly activate the internal fan to achieve this unified discharge effect and keep the voltage of each cell consistent. After the discharge is completed, the circuit will be automatically disconnected and the user will be notified by a buzzer alarm, after which the user can enter the refrigeration protection. 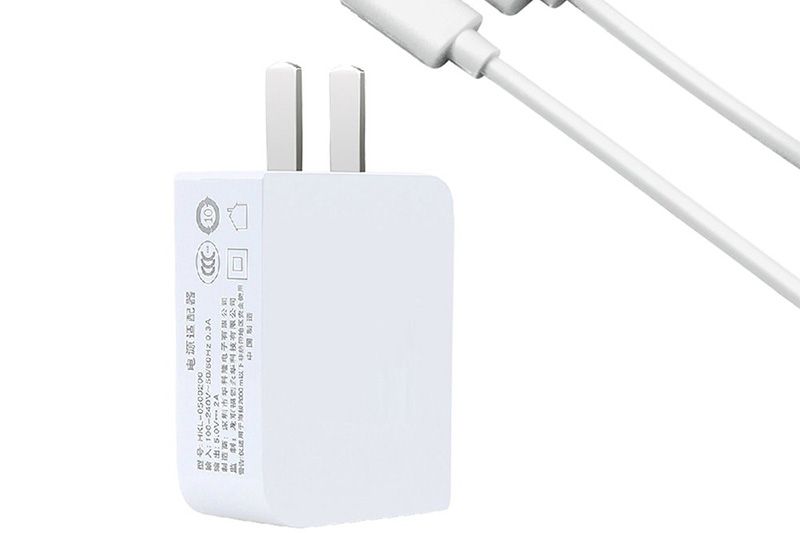 The design of the smart charger based on single chip microcomputer control needs to consider the actual functionality of each component and the compatibility after matching. Therefore, when designing, we must first clarify the actual function of each part of the components, and then combine and apply.

Six, the working principle and design realization of the control circuit

When the power device is turned on and off, the main circuit is affected by different circuit topologies and exists as a non-linear system. In the engineering design process, it is necessary to obtain a low-frequency equivalent circuit model based on the state space averaging method, and then on this basis, design a regulator according to the existing performance indicators. In the design and design, in order to obtain better dynamic and static effects of the converter, it is more accustomed to use voltage or current for different combinations of negative feedback.

Switching power supplies are prone to failures due to various factors in the circuit. Therefore, it is necessary to carefully consider when selecting the model and type of the switch, and make the selection according to the actual situation of the circuit.

When selecting a transformer, a high-frequency transformer must be used. The performance of this transformer is relatively good, but it has higher requirements for the use of magnetic materials. The transformer can give the circuit a stable voltage output, so that the circuit can reduce the voltage shock when it is working.

Since the power supply has the problem of different frequency of use, for high-frequency power supplies, the loss of ordinary capacitors is quite large, and the inductance also increases. As the frequency continues to increase, the attenuation phenomenon is very obvious, which cannot meet the normal use requirements. Therefore, when choosing a capacitor, it is necessary to decide whether to use a special capacitor according to the actual situation of the circuit to meet the requirements of high frequency and high temperature resistance, so that the circuit can operate stably.

When the system is powered on, the microcontroller will detect the power supply and charger. When the power supply and the charger are both working normally, the single-chip microcomputer will detect and sample the feedback to the internal system, and finally decide which charging mode to use, which has met the charging requirements. The PWM pulse width can effectively control the entire charging process, so that trickle, high current, overcharge and floating charge are all under control. In the multi-detection, it is found that the voltage of the battery is higher than the specified voltage set in the single-chip microcomputer, or the temperature exceeds the preset temperature, the floating charge state is turned on, and an alarm is issued.

The smart charger controlled by the single-chip microcomputer can effectively carry out the charging work, and at the same time can effectively ensure the charging safety. The smart charger mainly follows the design concept of safety first, efficiency first, and optimized structure. It refers to and consults the design methods of various chargers and re-establishes the design plan. The charger has been tested many times in the laboratory and has shown that it can meet the conditions of use of batteries other than lithium batteries. Emergence believes that it can bring different enjoyment to society, and it will also benefit society.