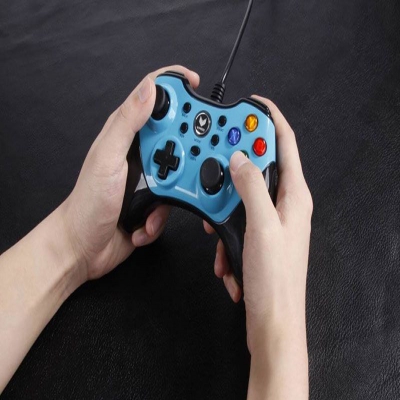 A game handle is a component of a common electronic game machine, which controls the virtual characters of the game by manipulating its buttons. The standard configuration of the gamepad is establishe

A game handle is a component of a common electronic game machine, which controls the virtual characters of the game by manipulating its buttons. The standard configuration of the gamepad is established and implemented by Nintendo. It includes: cross key (direction), ABXY key (action-some hardware manufacturers use different methods to mark, but the arrangement is roughly the same), select and pause keys (menu ) These three control buttons. The main foreign countries are console controllers, Microsoft's XBOX series and SONY's PS series. China's multi-mode compatible handles are compatible with mainstream computers (PC), smart phones, smart TVs, etc.

Nintendo was the first manufacturer to experiment with wireless controllers. As early as 1989, they tried the wireless controller design on the NES console for the first time. The equipment at the time was called "NES Satellite", which allowed up to four players to connect their controllers to a transmitter, and a receiver was added to the NES mainframe. The transmitter transmits signals to the receiver to control the mainframe with the handle. The purpose of the game. 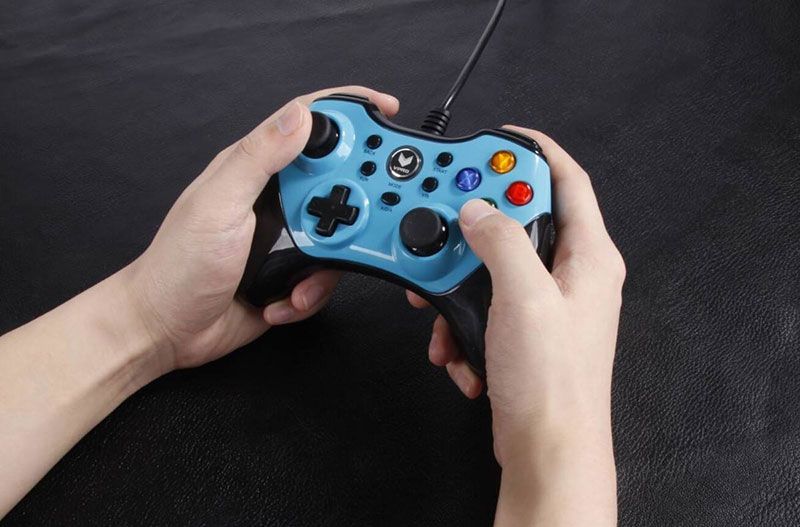 In 2006, Nintendo released a new generation of game console Wii. The new game controller for Wii introduced somatosensory action to a TV game console for the first time. For the first time, users discovered that in addition to the traditional handle button control, they can also directly control the game characters on the screen with their body movements.

After 1984, the function of the controller began to improve. In 1999, the game controller added force feedback and vibration effects. In order to cooperate with the use of the computer, the controller began to be equipped with a USB interface. The controller has been able to bring players very close. Real game experience, most of the handle design, the left is the arrow keys, the right is the action keys. In the third generation of electronic games released by FC game consoles, the controller replaced the joystick, paddle and keypad as the default game controller included in the system. A Directional-pad (D-pad) with 8 directions and a handle design with 2 or more action keys became the standard at the time.