Smart watch solution development and designTraditional watches were mainly based on timing at the beginning, and then gradually evolved into a decoration greater than timing; and smart watches can ach

Traditional watches were mainly based on timing at the beginning, and then gradually evolved into a decoration greater than timing; and smart watches can achieve a large number of additional functions in addition to timing. Users can view notification information more conveniently, answer calls, receive and send text messages. At the same time, various health indicators are recorded and tracked to facilitate checking of health status at any time.

Obviously, we don't just buy smart watches just to see the time, because if there is only this demand, traditional mechanical watches would be a better choice. Therefore, we need to be clear about what function we hope it can achieve. From the current smart watch products on the market, smart watches are usually divided into two categories: health data monitoring and all-round smart experience. Health data monitoring usually has monitoring functions such as heart rate, step counting and calorie consumption. When choosing this type of product, you must clearly understand what you need and what it can bring us.

3. Smart watch solution for the elderly

Ultra-precise GPS positioning, family calls, emergency calls, heart rate monitoring, sedentary reminders, medication reminders and many other customized functions for the elderly provide an umbrella for the elderly to travel, so that children can rest assured.

2. The operating system of the smart watch 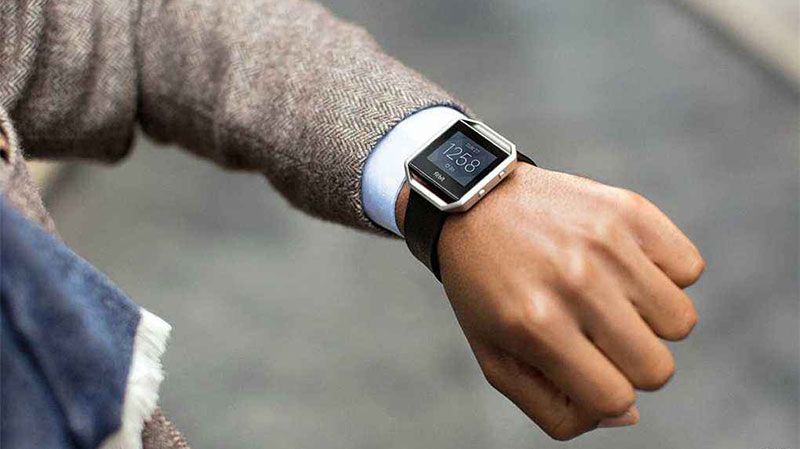 The lack of innovation in functions, poor battery life, unsightly design, and immature operating systems were the main core pain points criticized by consumers at the beginning of the smart hand’s appearance. At the same time, because smart watches relied on mobile phones in the early days, functional innovations It highly overlaps with smartphones, and becomes an accessory of smartphones in most scenes.

Smart watches generally charge once every 1-2 days. Due to its limited appearance and weight, it cannot be equipped with a larger capacity battery. At the same time, the smartwatch also integrates multiple functions such as heart rate monitoring, sending and receiving SMS/email, and caller ID, which puts more stringent requirements on power consumption.

Currently, smart watch manufacturers are also looking for ways to reduce power consumption and extend battery life. In order to reduce power consumption as much as possible, this series of products realizes the activation function of raising the wrist through the built-in gravity sensor. In the non-power saving mode, the digital clock can be displayed as long as the wrist is raised. However, sometimes this function is not sensitive, which makes it inconvenient to check the time. With the development and evolution of smart watches, terminal manufacturers are gradually optimizing battery life and other issues through software and hardware. At the same time, in addition to batteries, fast charging technology and wireless charging technology have developed rapidly in recent years. Both in terms of battery capacity and charging speed, there is hope to solve the pain points of insufficient battery life of smart watches.

In the early days of the development of smart watches, smart watches, like bracelets, are often only accessory devices of mobile phones. They are connected to mobile phones via Bluetooth and Wi-Fi to achieve functions such as step counting, making calls, and reading text messages. Smart watches are limited by the requirements of small size, thinner and lighter weight. Traditional SIM cards cannot be implanted in watches. In the case of seeking to achieve more durable and waterproof mobile phones, it is also required to remove more entry points.

With the development of the SIM card, the emergence of the e-SIM card solves the pain points of smart watches attached to smart phones. As the three major domestic operators have successively launched eSIM services, the entire smartwatch segment is undergoing a stage of cellular function development, which can make it a truly independent wearable device.

3. The function lacks innovation, and the boundary with mobile phone positioning is blurred

The positioning of smart watches and smart phones overlap, lack of innovation, screen display area is much smaller than mobile phones, inaccurate touch, network connections rely on mobile phones and other issues, have become the bottleneck of the rapid growth of smart watches in the early stages of development. Regarding positioning, brand manufacturers are constantly searching and exploring to find suitable smartwatch positioning; at the moment, watches mainly focus on sports and health, and children's watches have also become one of the core needs.

Compared with smart phones, the biggest difference between smart watches and mobile phones is that smart watches are close to human skin. Sleep monitoring, calories burned, human heart rate, continuous monitoring of ambulatory blood pressure, electrocardiogram, blood oxygen, and skin electrical properties are all data that can be done with wearable devices but not mobile phones. In addition to distinguishing mobile phones, smart watches can also replace mobile phone functions to a certain extent, freeing hands. 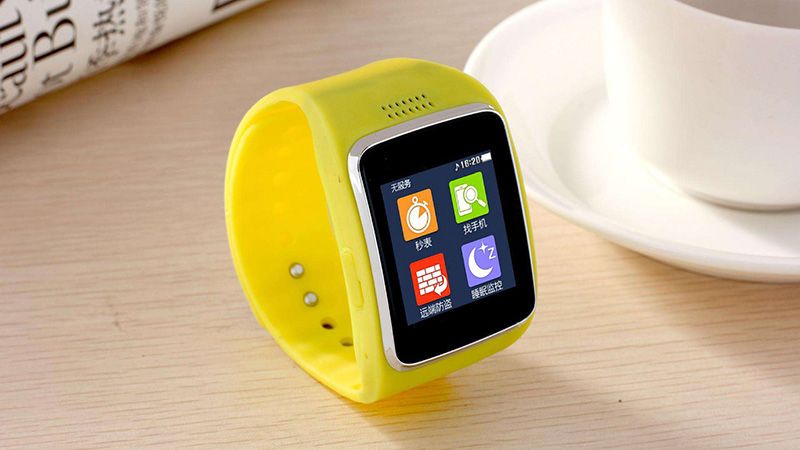 Health will become one of the important scenarios for the future development of smart watches. From the medical examination industry, we can conclude that health has become the main demand at the moment, and this demand is increasing year by year. The market size of China's medical examination industry has steadily increased year by year. As more and more smart watches begin to be equipped with ECG functions, the extension of smart watches in health scenarios will bring about new demands and changes in usage habits for users, and higher technologies will be established for manufacturers Barriers to strengthen competitive advantage.

In addition, children's watches have replaced mobile phones well, enriching the communication between parents and children. Parents can directly contact children through video calls, voice calls and other functions, and avoid the extra features of smart phones from interfering with children's learning. 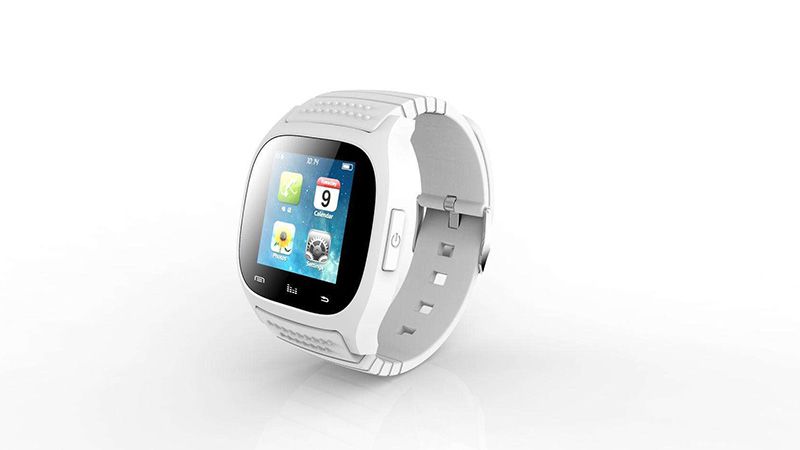 Five, the structural components of the smart watch

Smart watches have rich functions and integrate a large number of internal components. Unlike traditional electronic watches, various electronic components integrated in smart watches bring rich functions to them. The composition of the smart watch can be divided into the body and the strap; in detail, the composition of the watch can be divided into sensors, chips, batteries, touch screens, display screens, body and strap.

In the small size of smart watches, a large number of ICs are integrated, such as radio frequency, Bluetooth, WiFi, power management chips, etc., as well as sensors, accelerometers and other components. The manufacturers of components come from well-known manufacturers; along with the integration of smart watches The degree of development is getting higher and higher, and the functions are gradually improving. The demand for the supply chain is gradually expanding. In the future, a complete industrial chain and value chain will be formed.

Smart watches equipped with independent 4G will gradually develop with the advancement of operators in eSim business. 4G not only supplements the call scenarios of smart watches, but also provides the convenience of instant data transmission for ecological services based on multiple scenarios such as sports, health, and life. And smart watches equipped with voice assistants, with the cooperation of smart wireless headset products, will become a new type of terminal device combination in scenarios that require hands-free. The scale of the TWS market is rising rapidly. The "match made in heaven" of TWS headsets + smart watches is also expected to take over from mobile phones in the mobile scene to handle tasks such as making calls, payments, and viewing information, which is especially suitable for the segmented scene of outing sports.

The combination of watch + earphones can bring users quick operation and portable experience, especially in scenes that are not convenient to use mobile phones such as cycling and running. In addition, the linkage of watches and earphones, diversified and fragmented networking methods, breaks mobile phones The monopoly of all connected time can alleviate the digital anxiety caused by mobile phones to a certain extent. With the popularization of new mobile communication technologies including eSIM No. 1 multi-terminal and future 5G commercial use, the cost of independent communication for users on AI wearables is significantly reduced. AI wearables, especially the wrist + ear combination of smart watches and smart headphones, will truly replace smart phones and become one of the most important connected terminals in people's lives.